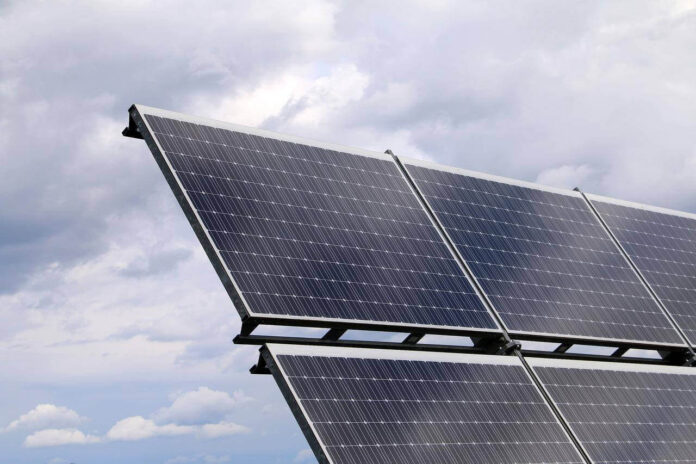 If you are willing to install a 5kW solar system then you may want to know how many units does a 5kW solar panel produce.

The amount of energy produced by a solar panel depends on several factors, including its size, location, and orientation. In general, a 1kW panel will generate enough electricity for an average household in sunny regions.

Last year we have got our rooftop solar panels installed. I would show you the generation in kWh to get you a generalized idea.

Before we move on further, you need to know what is watts, kilowatts, and kilowatt-hours.

Any electrical appliances consume power. That is measured in Watts. Watts is a unit of power. Let’s say you have a water heater of 1000 Watts. It means that 1000 Joules of energy is used every second in heating the water.

Kilowatt-hours is a unit of energy. The electricity that we are being charged by DISCOM is in the form of kWh.

Ten bulbs each of 100 Watts would require 1 hour to burn 1 kWh of energy. 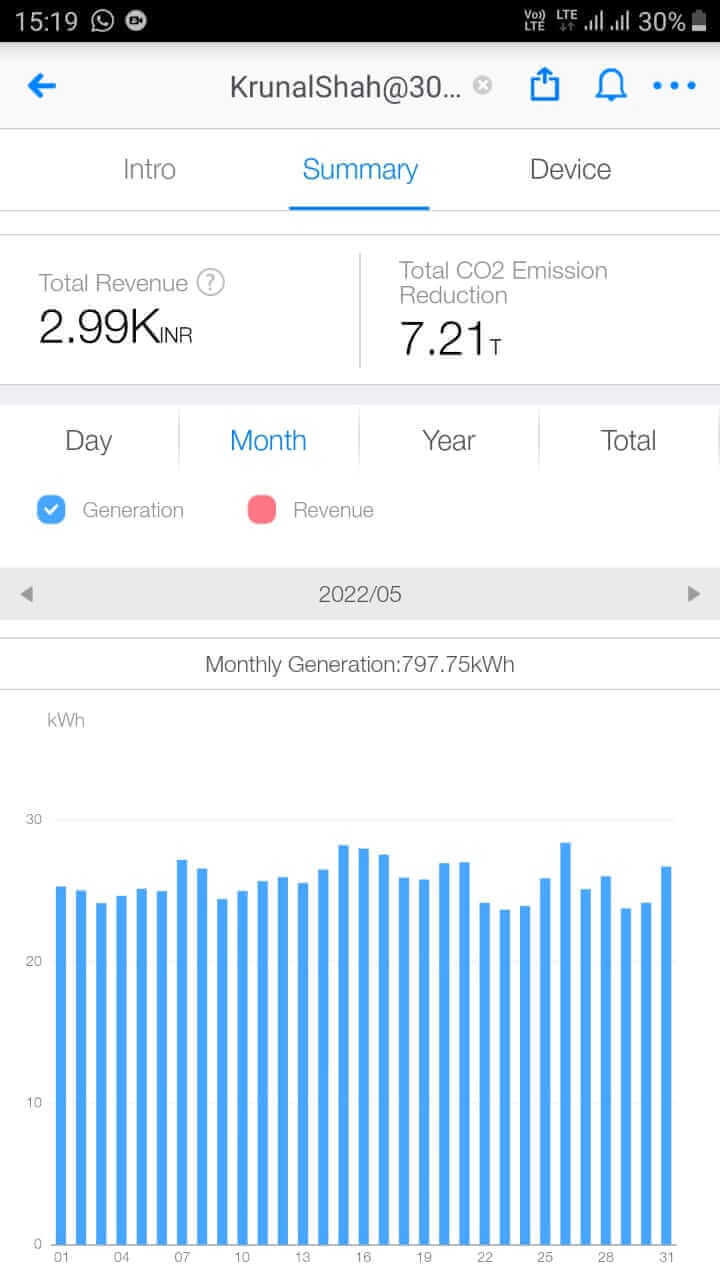 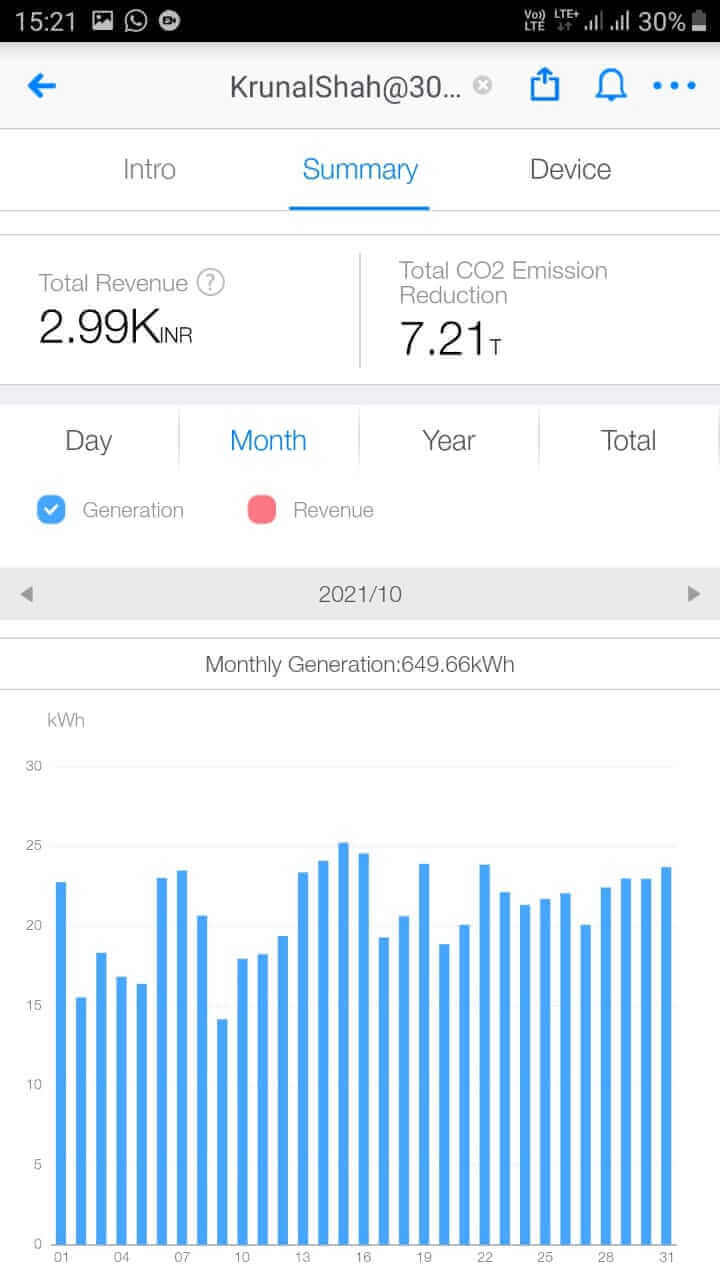 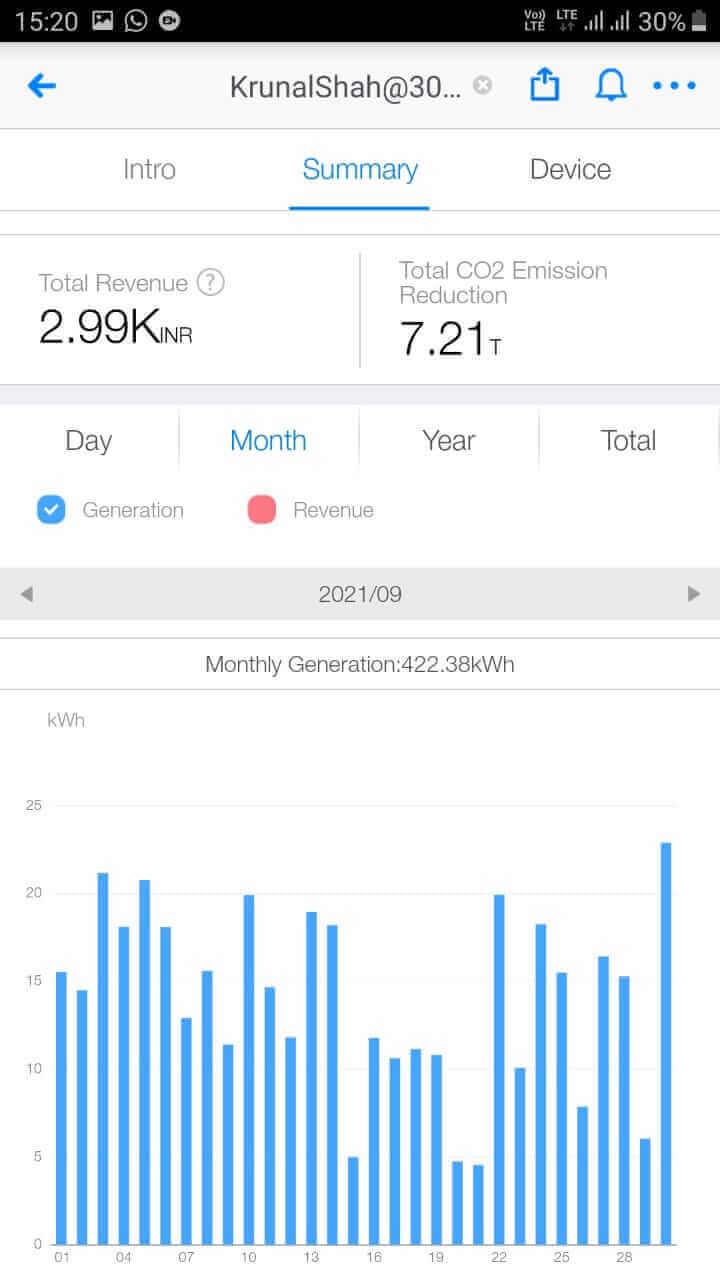 The generation also depends on the location where the solar panels are installed because of the difference in solar irradiance. Solar irradiance is the energy received from the Sun in Watts / m2.

Not all locations on the planet Earth have the same solar irradiance. Take a look at the difference in Solar Irradiance in India, South Africa, and Mexico. 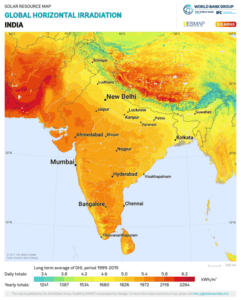 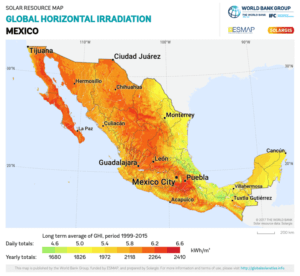 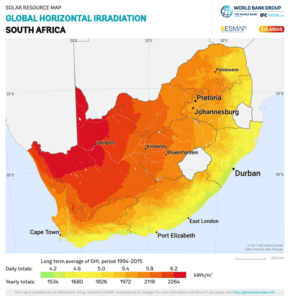 If we want to have maximum generation then the Sun Rays should fall perpendicular to the Solar Panels. This is not possible throughout the day.

Even in some places, one can never get the sun rays perpendicular to the solar panels.

Use of Solar Trackers

Yes, if you want to increase the generation, you can go with Solar Trackers. Solar Trackers, keep sun rays falling on solar panels perpendicular to it.

However, for rooftop solar systems use of solar trackers would be quite costly.

This factor seems common but plays important role in the generation. Dust accumulation on solar panels obstructs the penetration of sun rays. Thus the generation would be less.

Now let us know how many units can 5 kW of solar panel generate.

How many Units does a 5kW Solar Panel Produce?

You must be aware of how many units 1 kW of solar panels can create to determine the total units generated by a 5 kW Solar Panel system.

In India, we get five hours of sunlight each day. A solar panel of 1 kW will produce 1 kW X 5 hours = 5 kWh. Keep in mind that this situation is perfect.

But what about the factors affecting solar panel generation?

The majority of solar panel manufacturing companies assume a 20% power loss while keeping all of these factors into account.

5 kW solar system has fifteen photovoltaic panels, each of 335 Wp.

Remember that the calculation varies from location to location. The calculation that I have shown here is based on sunshine hours received in the India location.

If you want to know, how many units does 5 kW solar panel produce, just know the sunshine hours of that location and replace the values in the calculation shown above.

Go Solar! Save the Planet!

Other articles on Solar