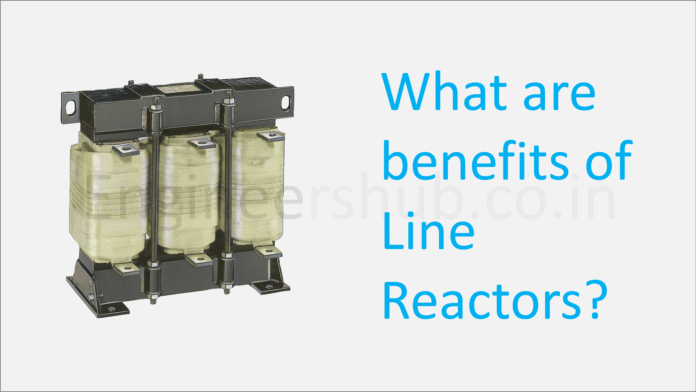 If you are a plant engineer, you may have come across line reactors connected in line with the VFDs.

In this article, you would come to know the benefits of using line reactors with a logical explanation. 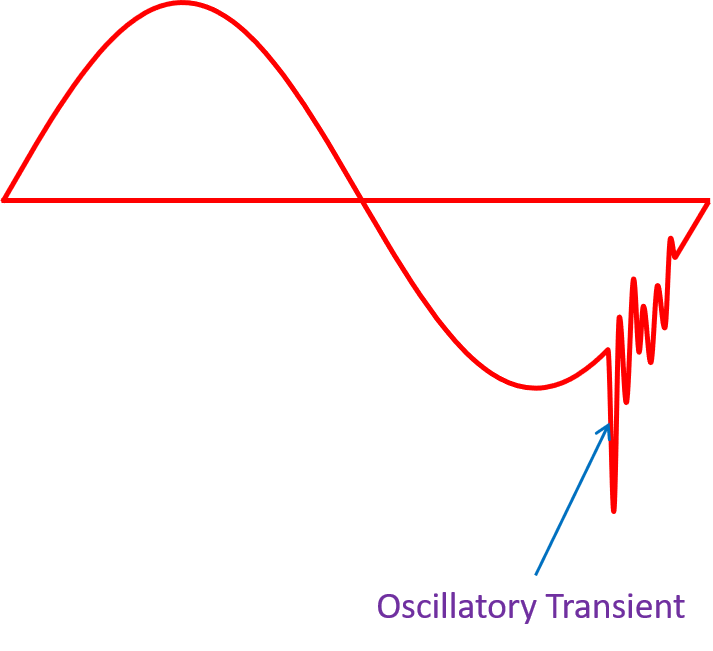 Supply transients are created due to various reasons –

When capacitors backs are switched ON, When a capacitor bank is powered up, a brief short circuit occurs during which energy from the line is absorbed to charge the capacitor. The voltage waveform shows this as a sharp decrease in voltage followed by a ringing effect, the size, and frequency of which are determined by the system parameters.

During the discharge of the capacitor bank transient overvoltage event occurs. The VFD DC voltage may increase to its peak value and trips showing overvoltage fault.

VFDs produce the 5th and 7th order of the harmonics due to the use of a semiconductor device in its converter section.

The periodic current waveform becomes continuous when a line reactor or a DC link reactor is used. The main cause is that with reactors, the voltage at the VFD terminals flattens out and the DC bus capacitor takes longer to charge, which causes the current pulse width to grow while the peak amplitude decreases.

If line reactors are sized correctly, we can reduce harmonics up to 30 – 35% THD.

3. Line reactors help to lower down kVA demand on the main transformer.

As we discussed above, harmonic currents are minimized by using line reactors.

If THD is decreased, we can decrease the total RMS current. The overall RMS current is decreased, which lowers the drive’s kVA consumption. In turn, lowering the kVA demand lowers line losses inside the customer’s facilities, which can quickly cover the cost of the reactor. The line reactor does not alter the essential component of the current, hence the needed kW input is still determined by the demands of the load.

The power factor in presence of harmonics current becomes –

From the above equation, if THD increases, the power factor becomes poor.

If absence of THD, the true power factor is equal to the displacement power factor. Thus, eliminating the harmonics either by a reactor results in an improvement of the power factor.

5. Limiting the Operation of Line-Side Fuse During Unsymmetrical Voltage Sags.

Single line-to-ground faults make up a sizable portion of utility system defects. The voltage at the drive terminals is severely unbalanced during such a failure. A high current is generated on one of the phases on the line side of the VFD as a result of this brief imbalance in the supply voltage. The stiffness (available short-circuit current) of the source affects the current peak magnitudes.

The peak current for VFDs connected close to a transformer that allows for a large short-circuit current may reach 200% to 250% of the rated line current, causing the line-side fuse to operate during the sag.

The installation of line reactors lowers the available fault current at the drive terminals and lessens the possibility that a fuse may operate during a voltage sag that is not symmetrical.

So the benefits of line reactor are –

You can use this sizing calculator – Line Reactor Sizing Calculator.

The price of the line reactors justifies the specification of reactors when the cost-to-benefit ratio is taken into account.

Selecting Motors for Industrial Applications: 2 Most Crucial Factors to Consider