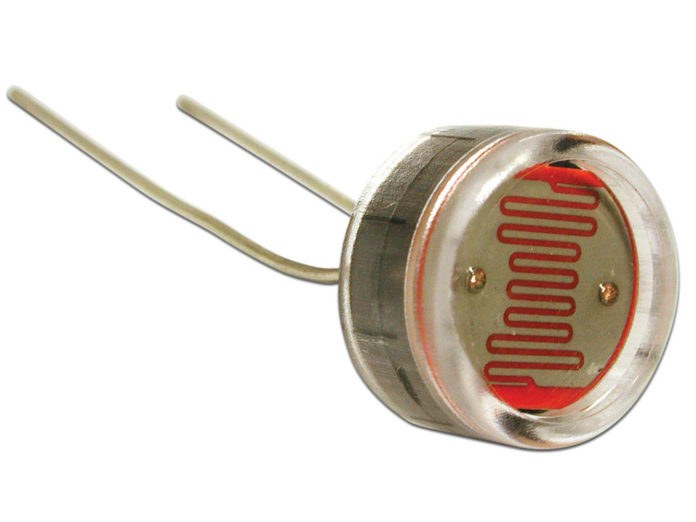 What is an LDR?

The semiconductor material used to make an LDR (later discussed in this article) is such that in the absence of light, the resistance of material increases as shown in the figure below. 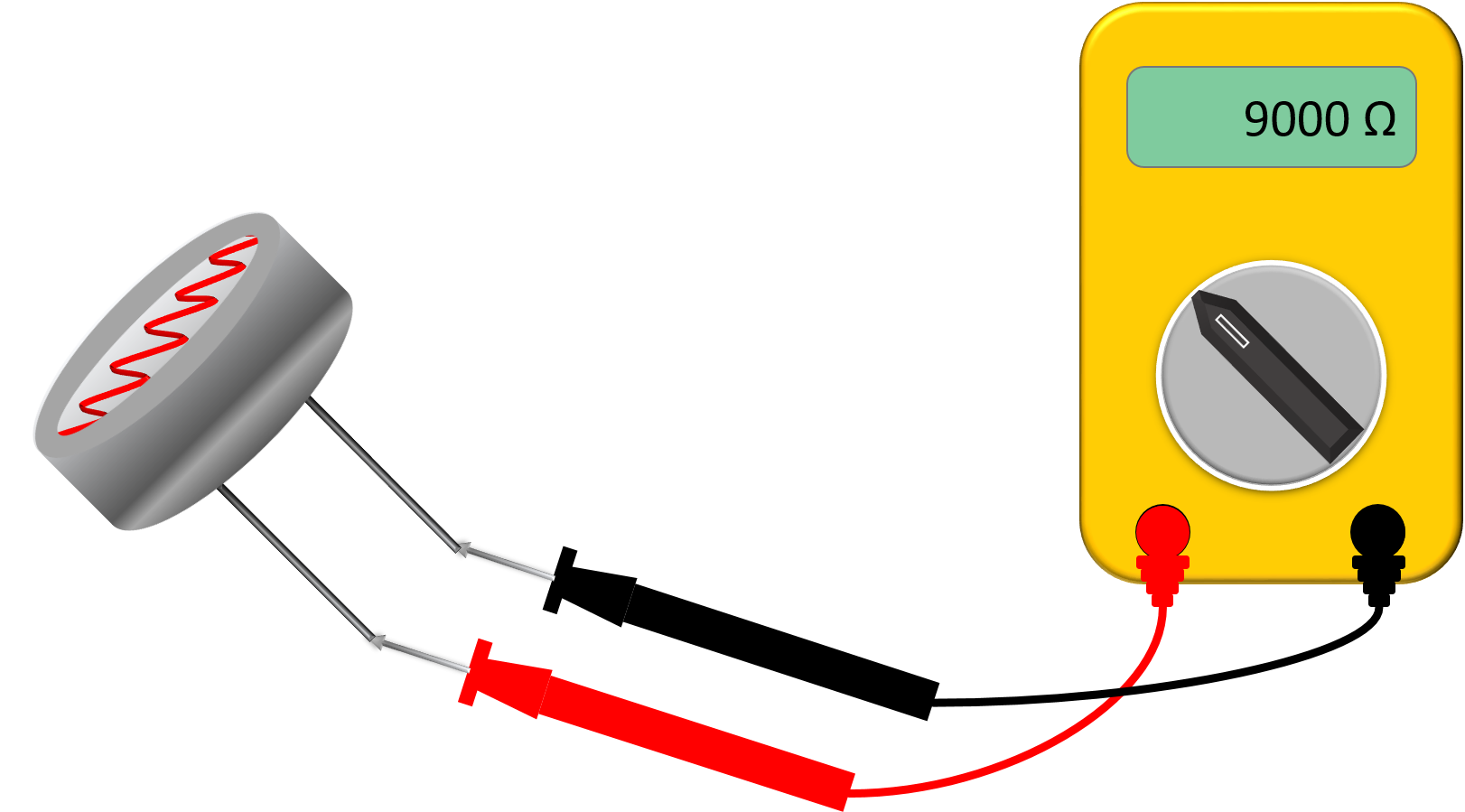 The resistance decreases as light strikes on it, as shown in the below figure. Providing power supply, allows the current to pass through the circuit. 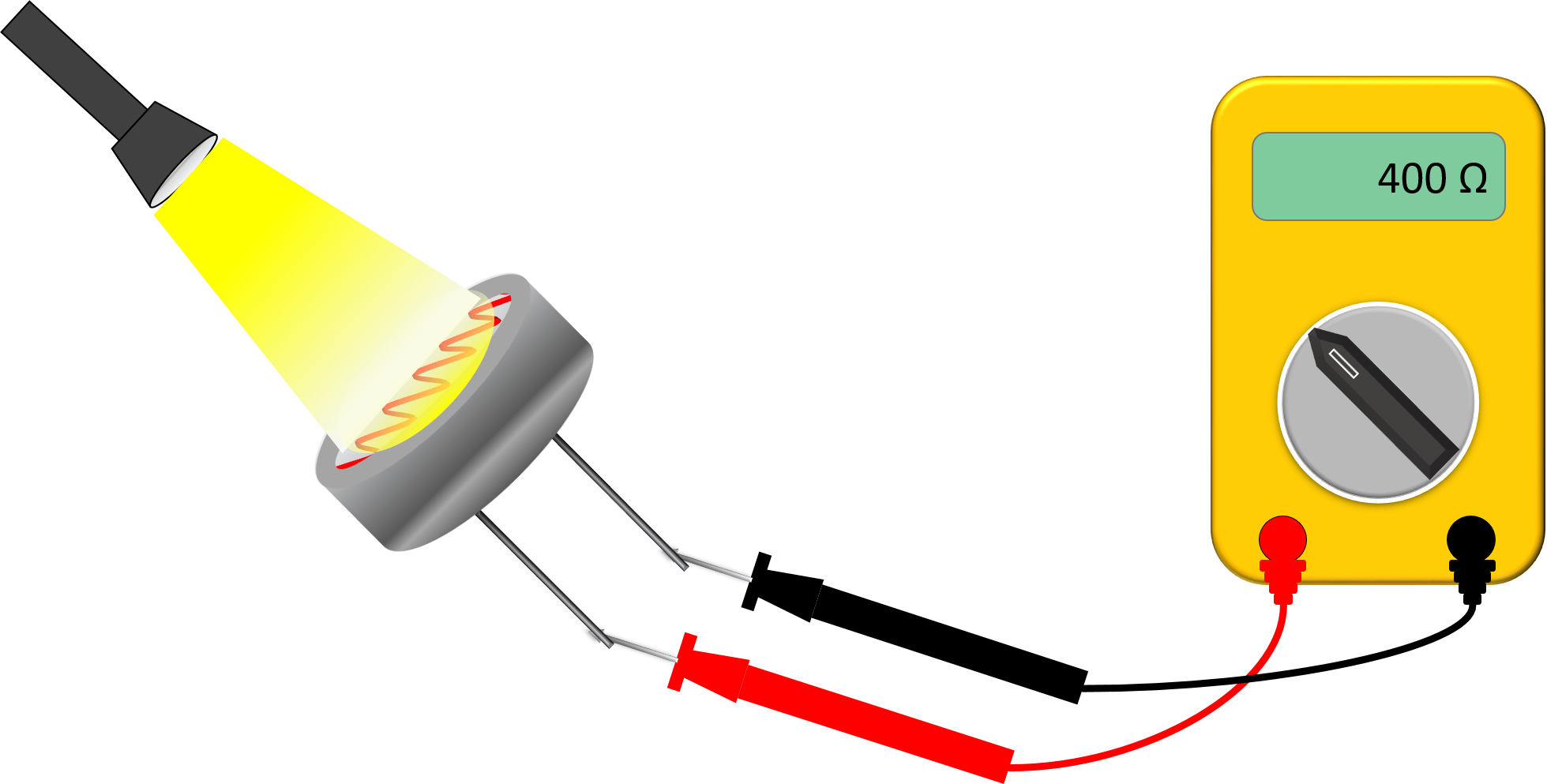 Well, the answer to your above queries is ‘photo effect’. Albert Einstein discovered that light striking on material surface is not only in form of waves. There must be tiny particles accompanying the waves. For this discovery in the year 1905, Einstein awarded noble prize. These particles are now popularly known as ‘Photons‘.

The energy of a single photon is given by,

Construction of an LDR

The energy of a photon is very small. Hence, we must have a material that can work with such a small amount of energy. Few materials have such properties.

Two of them are Cadmium sulfide and Cadmium selenide. Both this material’s resistance changes as light are incident on it. Most commonly known material to make an LDR is Cadmium Sulfide.

Highly purified Cadmium sulfide in powder form mixed with a binding agent. Further, it is compressed and heated. The mixture becomes like a lump. It is then sandwiched between two electrodes in serpentine shape or zigzag shape as shown in the below figure. This disc is then either encapsulated in transparent resin or encased in glass in order to protect cadmium sulfide from contamination by the atmosphere. 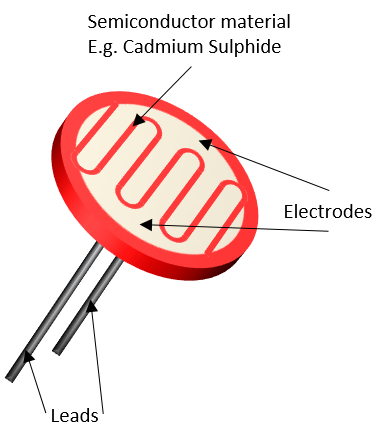 You can find an LDR in various circuits. I am including a few of them.

Automatic Street Lights ON or OFF

This circuit is more accurate and used for street lights control during sunrise or sunset. The circuit is very simple to understand. The op-amp acts as a comparator. It compares the voltage level at inverting and non-inverting pin and depending on that generates the output. The voltage level at the non-inverting pin depends on LDR resistance which decreases during day time and increases during night time.

Other applications of LDRs are:

So this all about LDRs. You can ask me anything in the comment section related to this article. I would try to resolve your query.

How does Pulse Oximeter works?