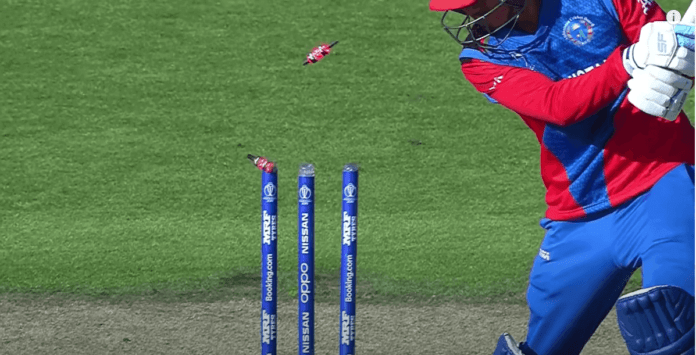 If you are watching cricket then you might have noticed flashing LED Wickets system. The bails and stumps LED lights flash when the ball hits any one of the stumps.

Have you ever thought of the working principle behind it?

Here, I would talk about LED Stumps and bails, popularly known as Zing Cricket Wicket.

Before we move on to the technical stuff, let me first tell you the need behind its invention.

Cricket is the most famous sport in many countries like India, England, New Zealand, South Africa, Australia, West Indies, Sri Lanka, and Pakistan.

The scenario of run-out and Stumping event in Cricket

In the game of cricket, a batsman can be dismissed by a run-out. If the opposing player makes contact with stumps with the ball in his hand before the batsman reaches the batsman’s crease while running between the wickets, the batsman is considered as out or dismissed. Remember that the bails must get off the supporting stump.

A batsman can be stumped-out if the wicket-keeper of the opposing team hits the stump with the ball when he finds the batsman out of the batsman’s crease.

Runouts and stumping are very difficult decisions for an umpire to make. The umpire must precisely determine whether the bails left the stumps before a batsman places the bat on the crease line. Bails dislodging, is a sign that the ball has hit the stumps.

It is very difficult to determine the exact point at which bails are dislodged from the stump during stumping and run-out.

There is a long-felt need in cricket to provide a more precise method to determine the exact point at which bails are off from stump either during an event of run-out or stumping. So that the mistakes in dismissals can be abolished.

Zings provided the complete solution. The bails light up as they get off the supporting stumps.

An Australian Engineer Bronte Eckermann has invented Zing bails. Seeing his daughter’s one of the toys having LED lights thought of making bails embedded with LEDs tapped into his mind. The company name Zing International based in Australia manufactures the Zing Wicket System. Bronte Eckermann is the director of the company.

How does the LED Wickets system work?

Low voltage batteries give power to bails. Each bail has a microprocessor that detects the separation between bails and stumps. The bails illuminate within 1/1000th of a second.

The trigger circuit (normally a Schmitt trigger) inside detects the change in the oscillator’s amplitude (shown in the below figure) and at a predetermined level switches ON the LEDs inside the bails. This detection takes place within 1 millisecond. 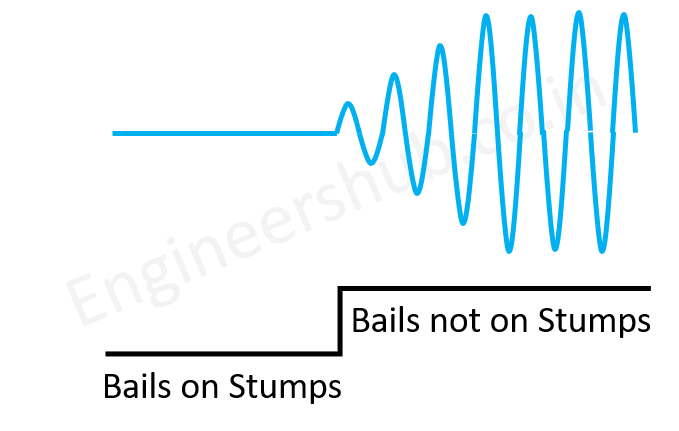 The batsman is considered to be dismissed only when bails are fully dislodged from stumps as per the rule of cricket. So the detection takes place only when both Spigots (the place where inductors are housed inside a bail) dislodges from the stump grooves. Look at the below illustration.

Surprised to know the technology. A question may tap into your mind that with electronics inside how can it sustain the force of the ball.

Material to be used for the system was the biggest challenge. Before the invention of the system, wood was the choice as the primary material to make a wicket system.

ICC approved the use of the Zing Wicket System for international matches in the year 2013. ICC used LED Stumps and bails for the first time in an international tournament in ICC World T20 held in Bangladesh after trying it out in Australia’s Big Bash League.

ICC accepted Zings happily heard of having positive feedbacks from viewers. Cricketers also appreciated Zings for its speed. Now it is easy to judge a run-out or stumping, and both the teams can have a fair game.

How does Pulse Oximeter works?